Do you want to know about the Chief of Staff role? 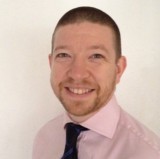 This is a post to share some reading and other materials I’ve pulled together on the chief of staff role.

To make it easier to find the stuff that is useful in a particular situation, I’ve grouped the material into sections:

Background: Why I’m doing this

I am four months into a new role as chief of staff to the SVP/CTO in Research Technology at Elsevier, a global information analytics business. It’s a new role in the organisation (actual job title ‘Director of Technology Excellence & Performance’, although this isn’t what my boss calls me). I’ve done similar roles in other organisations, but it’s the first time someone’s called me this.

A little while ago, @jukesie said he was intrigued about the role and shared this Washington Post article and this one in Forbes, as well as links to a couple of books. I hadn’t appreciated before then that having a chief of staff is a ‘thing’ is so many tech companies.

I read one of the books he mentioned:

I wanted to read more. And so I went digging on the internet, and this is what I found.

Having found these materials useful myself, likelihood is someone else will find them helpful too. Perhaps someone will point me to something interesting that I’ve not seen. It’s happened every time when I’ve shared something like this before.

I believe in making things open. It makes things better.

Frameworks for understanding the role

I have discussed the role with other people at work several times and have often needed to explain what it involves. In doing so, I have drawn upon the following three frameworks that outline different aspects/functions of the role, as well as the ‘three buckets’ that my boss and I use together (see slide 8 of this infodeck).

1. In a set of roundtable discussion materials based on their research, McKinsey & Company suggest that chiefs of staff typically assume five different roles:

2. In his book, Consiglieri, Richard Hytner sets out four archetypes for the role:

3. Catherine Berardi says that are six archetypes of the effective chief of staff:

I also really like Rob Dickins’s “three orientations” to explain how different parts of the role may potentially be orientated/focused in different directions. A chief of staff will have duties towards their ‘principal’ (that is, the leader to whom they report), and may also have a role in relation to the leadership team and/or in relation to the wider organisation.

Chris Fussell, chief of staff to Lieutenant General McChrystal, has also created a useful framework for thinking about the role, which you find in the chapter about the chief of staff position in his book One Mission. (Fussell’s formal title for McChrystal was “aide- de- camp,” but he says himself that the functions of the job were akin to those of chiefs of staff he’s interacted with in the corporate world.) It is different from the frameworks above in that his model is broken into four stages, each defining a different phase of a chief of staff’s development into fulfilling the potential of their role. A newly assigned chief of staff, regardless of experience level, should be expected to start their job in the first of the four stages. And the timeline for their progression “will vary depending on the individual and the leadership culture, so some may never reach quadrant four, or may be there only for brief moments in their career.” Rob Thomas is one person who has hired a chief of staff and found using Chris’s framework helpful.

Things from people sharing their experiences

I think that one of the best ways to learn about a role is to listen to people who have ‘been there, done that’ talk about what it was like for them.

What does a Chief of Staff do? Brian Rumao, chief of staff to Jeff Weiner, the CEO at LinkedIn. Brian has also made a LinkedIn course on the chief of staff role — a set of short videos about the role, getting hired, getting started best practices, etc (18 minutes in total).

Should I Hire A Chief Of Staff? by Nakul Mandan, who interviews a CEO who created a chief of staff role and three people who have worked in that position.

10,000 Hours with Reid Hoffman: What I Learned by Ben Casnocha

I’ve Logged 10,000 hours as a Chief of Staff in a large tech company; Here’s my POV on the role, by Rob Dickins, chief of staff at Autodesk, a software company.

Why you need two Chiefs in the Executive Office, by Influitive CEO Mark Organ, who decided to hire a Chief of Staff and here explains why.

What it means to be the Chief of Staff at an A16Z start-up, by Emma Ainley, chief of staff to the CEO at 500px, a Toronto-based start-up.

So you want to be a chief of staff? by Stephanie Williams, who has had three stints at the chief of staff role, including at Amazon and Twitter.

What I learned as Chief of Staff to serial entrepreneur Max Levchin, by Ryan Metcalf

Playing chess not checkers: Intuit’s Brad Smith on the value of the Chief of Staff role, an interview by Tyler Parris

Top 10 takeaways from the Chief of Staff summit, by Hallie Warner

Generalist speaking with Alicia Diamond Chief of Staff, by Generalist Speaking… Alicia also has her own blog where she writes about the CoS role.

Prime chief of staff publish interviews with people in the CoS role in their “Meet a Chief of Staff” series.

What motivates a Chief of Staff?

Although not focused exclusively on the chief of staff role, this book by Richard Hytner explains what motivates people attracted to roles like a chief of staff, and what their bosses can do to help them flourish.

Things on the role’s key functions and responsibilities

Chief of Staff, a Critical Role Among High Growth Startups by Scott Amenta, who was chief of staff at Spring and is one of the co-founders of the Chief of Staff Tech Network.

How does a Chief of Staff differ from a COO? by Tyler Parris

The Rise of the Corporate Chief of Staff, by Blair Bryant Nichols

What are a Chief of Staff’s responsibilities? by Maddy Niebauer

Revisiting the Role of Chief of Staff — A Growing Trend, by Al Chase

The role of a corporate chief of staff, by Maggie Hsu

The Chief of Staff role in Silicon Valley, by Julia DeWahl

Why every startup CEO needs a chief of staff, by Dave Bailey

How a chief of staff can help your CIO or CTO function, by Edward Qualtrough

The Chief of Staff Guide, a four-part essay by Paul M. Cohen, covering an introduction to the role and how it varies by company stage and role independence, how to shape the role (including key responsibilities), how to avoid common pitfalls, and how to use the role to drive your professional development.

Things for people wanting to hire a chief of staff

Why do you need a Chief of Staff, by Benson Hendrix

You need a Chief of Staff by Nick Crocker

Chief of Staff vs. Executive Assistant: Which do you need? by Maddy Niebauer

The Case for a Chief of Staff, Dan Ciampa, HBR, May-June edition 2020

Why more start ups should consider adding a Chief of Staff to support the CEO, by Melissa Winguard-Phillips

Chief of Staff to CEO: Why do you need one? Why, when and how to hire one by Melissa Winguard-Phillips

Nine reasons you need a chief of staff, by Alex Benady

Why Every Organization Needs a Chief of Staff Like This One, by Stan McChrystal

Why I need a chief of staff and you probably do too, by Chris Hutchins

Chief of Staff Q&A with GitLab CEO, GitLab CEO Sid Sijbranij explains why he decided to hire a CoS and what he was looking for

In his book, Tyler Parris outlines a set of ‘universal competencies’ that the role requires:

Here are some sample job descriptions.

The Chief of Staff Role: How To Find the Right Fit in the Interview Process by Maxine Litre. This article contains advice for both people wanting to hire a chief of staff and candidates applying for the role.

How do I find and hire a corporate chief of staff? by Maggie Hsu

Why more CEOs are hiring a chief of staff, by Atta Tarki

Things for people wanting to become a chief of staff

So You Want to Be a Chief of Staff at a Tech Company; Here Are Some Things to Consider by Max Dworin, co-founder of the Chief of Staff Tech Network in New York City

How to get a job as a chief of staff, by Scott Amenta

How’d you get that job? Chief of staff at Hungryroot, by Leah Muncy

Are you ready to become Chief of Staff? by Bonnie Marcus

So, You’ve Accepted A Corporate Chief of Staff Role — Now What? the first in a five-part series by Tyler Parris on what you need to focus on to succeed as a corporate chief of staff (here are parts 2, 3, 4, and 5).

How to become a corporate chief of staff, by Maggie Hsu

Chief of Staff: Your 6 ‘must have’ skills, by Todd Palmer

It’s lonely near the top: Challenges for Chiefs of Staff, by Ted Riter

The First 90 Days as a Chief of Staff, by Rob Dickins

How to Build the CoS & CEO partnership in the First 90 Days, by Madeleine Niebauer from vChief

Chief of Staff: The First 90 Days, by Maggie Hsu

Things for existing chiefs of staff

The Heart of CEO Effectiveness, by Christine Barton , Nicki Cave , Phillip Cook , and Martin Reeves from the Boston Consulting Group. A practical article on how a chief of staff, CEO, and the CEO’s EA can work together to strengthen the CEO’s effectiveness.

There are two Linked Groups dedicated to the role:

Chief Of Staff | The New C-Suite Leader, a LinkedIn group administered by Camille Jamerson, a former chief of staff.

Also, if you’re a chief of staff and thinking about what’s next, I suggest you read this article:

Is Chief of Staff a dead end role?, by Scott Amenta

Things for people who want to read more about the role

A number of people have set up companies that focus exclusively on the chief of staff role. They produce a lot of materials related to the role.

Virtual Chief of Staff is a company that offers chief of staff type services, and runs a blog about the role.

Prime chief of staff is a consultancy that helps companies recruit, onboard, develop and coach chiefs of staff. They have a blog, faq, and articles and other resources.

As well as his book, Tyler Parris has also set up Chief of Staff Expert a website containing articles, events, and a ££ member’s area with a forum, videos and worksheets. He’s also written lots of other articles, including:

Leadership and Your Chief of Staff, by Tyler Parris

Will a Chief of Staff be a Wedge in Your Organisation? by Tyler Parris

Is a corporate chief of staff just a spy for the executive he or she supports?, by Tyler Parris

See also: Chief of Staff: The Strategic Partner Who Will Revolutionize Your Organization, an interview with Tyler Parris by Paul Adams 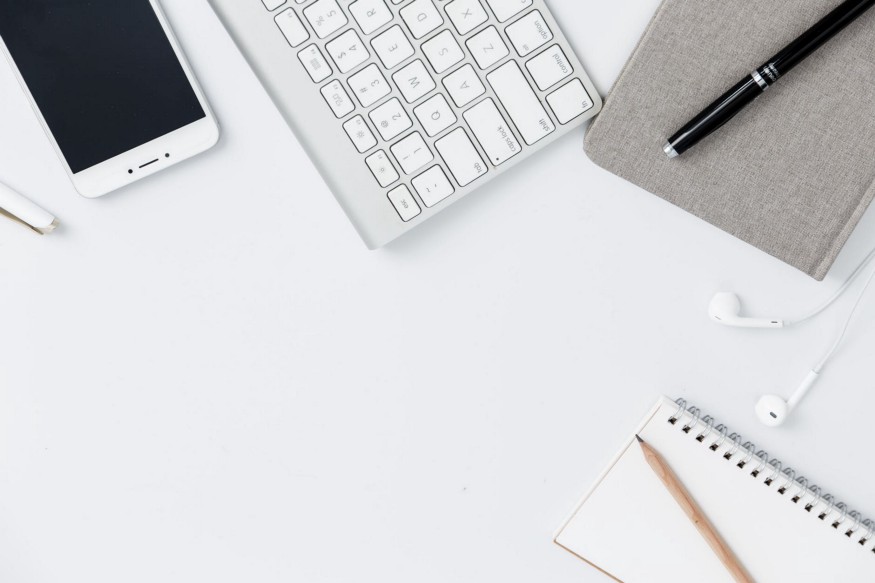 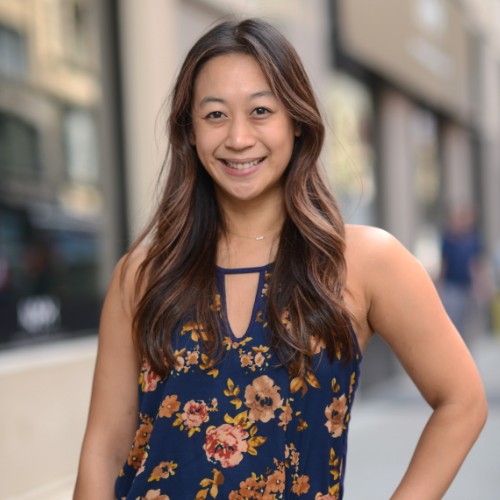 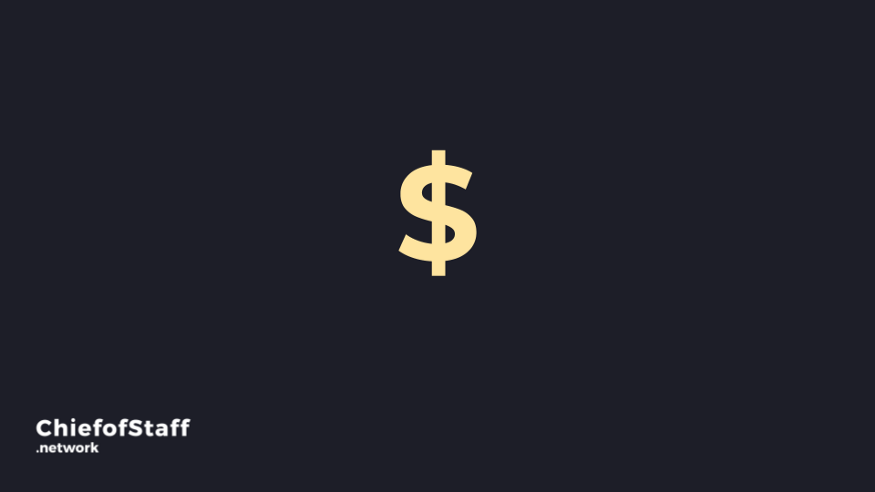 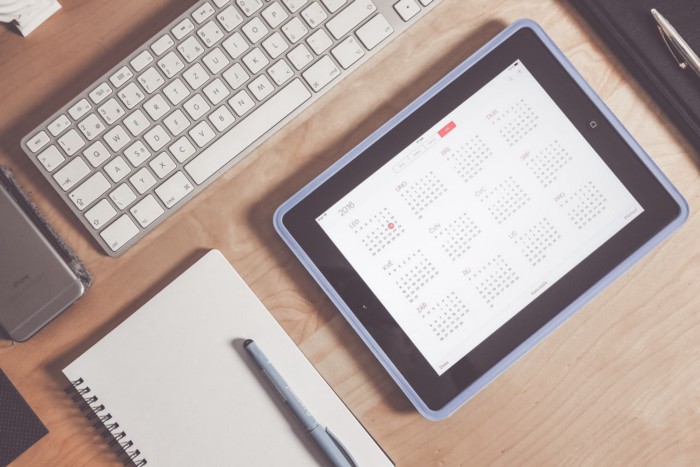