The Cult of We Author Q&A

Virtual
Join our friends at UrbanTech for a conversation with Eliot Brown, tech reporter for The Wall Street Journal and co-author of one of the best reads this summer, "The Cult of We".
RSVP Now 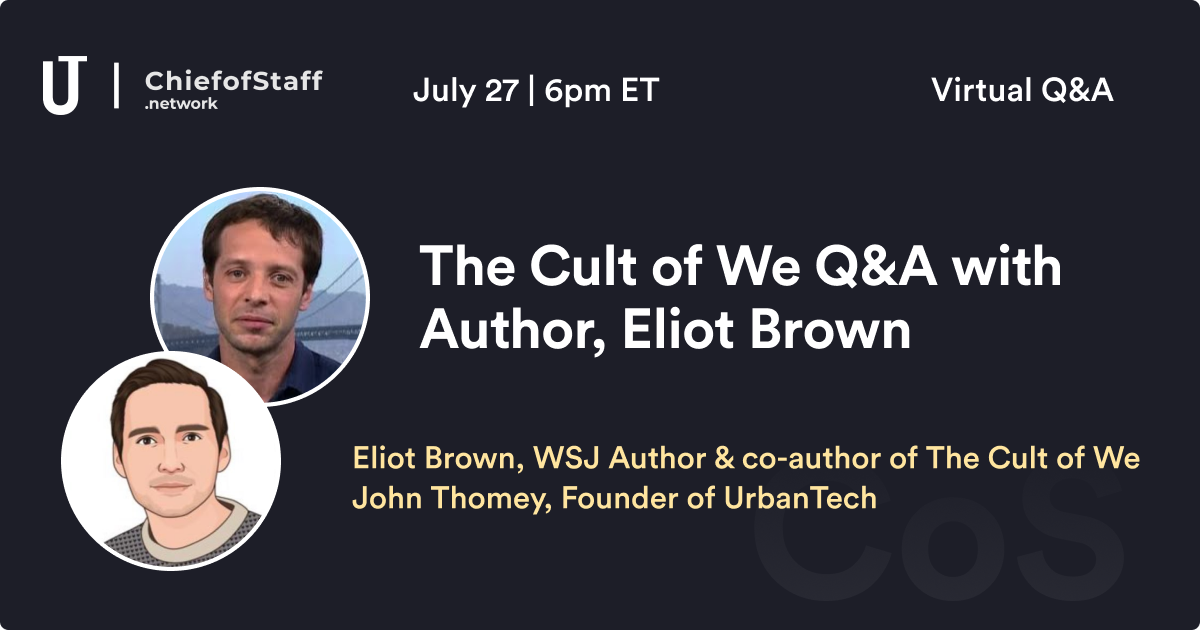 Summary via Amazon: WeWork would be worth $10 trillion, more than any other company in the world. It wasn’t just an office space provider. It was a tech company—an AI startup, even. Its WeGrow schools and WeLive residences would revolutionize education and housing. One day, mused founder Adam Neumann, a Middle East peace accord would be signed in a WeWork. The company might help colonize Mars. And Neumann would become the world’s first trillionaire.

This was the vision of Neumann and his primary cheerleader, SoftBank’s Masayoshi Son. In hindsight, their ambition for the company, whose primary business was subletting desks in slickly designed offices, seems like madness. Why did so many intelligent people—from venture capitalists to Wall Street elite—fall for the hype? And how did WeWork go so wrong?

In little more than a decade, Neumann transformed himself from a struggling baby clothes salesman into the charismatic, hard-partying CEO of a company worth $47 billion—on paper. With his long hair and feel-good mantras, the six-foot-five Israeli transplant looked the part of a messianic truth teller. Investors swooned, and billions poured in.

Neumann dined with the CEOs of JPMorgan and Goldman Sachs, entertaining a parade of power brokers desperate to get a slice of what he was selling: the country’s most valuable startup, a once-in-a-lifetime opportunity and a generation-defining moment.

Soon, however, WeWork was burning through cash faster than Neumann could bring it in. From his private jet, sometimes clouded with marijuana smoke, he scoured the globe for more capital. Then, as WeWork readied a Hail Mary IPO, it all fell apart. Nearly $40 billion of value vaporized in one of corporate America’s most spectacular meltdowns.

Peppered with eye-popping, never-before-reported details, The Cult of We is the gripping story of careless and often absurd people—and the financial system they have made.

UrbanTech is quickly becoming the premier professional group for leaders, operators and investors focused on the intersection of cities and tech.

Early UT members include investors at Tusk Ventures and Urban-X; Journalist Greg Lindsay, urbanism searchers at USC, the University of Texas, University of Toronto, plus top operators and leaders at urban tech companies like Culdesac.

Members get invitations to contribute to UrbanTech’s newsletter or podcast, priority for our jobs resources, and access to exclusive networking events. Early members will be especially impactful in shaping industry-wide discussions as well as the future of the community. 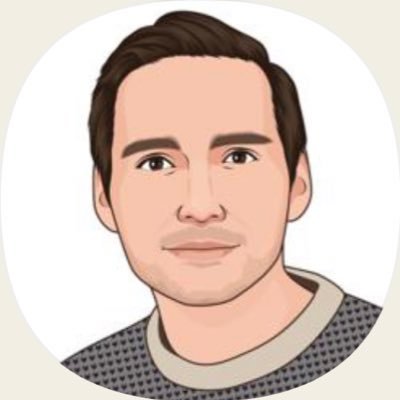 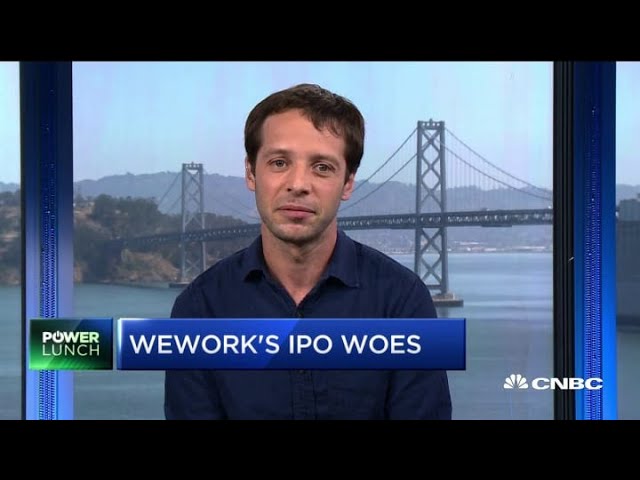